Tomorrow I will leave Minneapolis after good days here. My typing is interfered with, just a thing like that. Chloe, 18 months old, really wants to know what I am doing. She has also curled up next to me a couple of my nights here and purred happily.

Yesterday I and Joyce had lunch at the American Swedish Institute (and although the menu wasn’t particularly Swedish except for gravlax and meatballs, the food was truly excellent – highly recommended). Afterwards Joyce returned home and I walked the Turnblad Mansion and saw the Gudrun Sjödén exhibition that opened there yesterday. Fantastic creations! Then I was picked up by Linda Lounsbury who drove me around and showed me the sights, although not the touristy stuff that costs money, but the parts that are either hidden gems or of fannish interest, from Uncle Hugo’s to famous slanshacks of yore and places that figure in Emma Bull’s War for the Oaks. I especially appreciated Lakewood Cemetary, where I got to see the graves of Cliff Simak and Gordy Dickson. 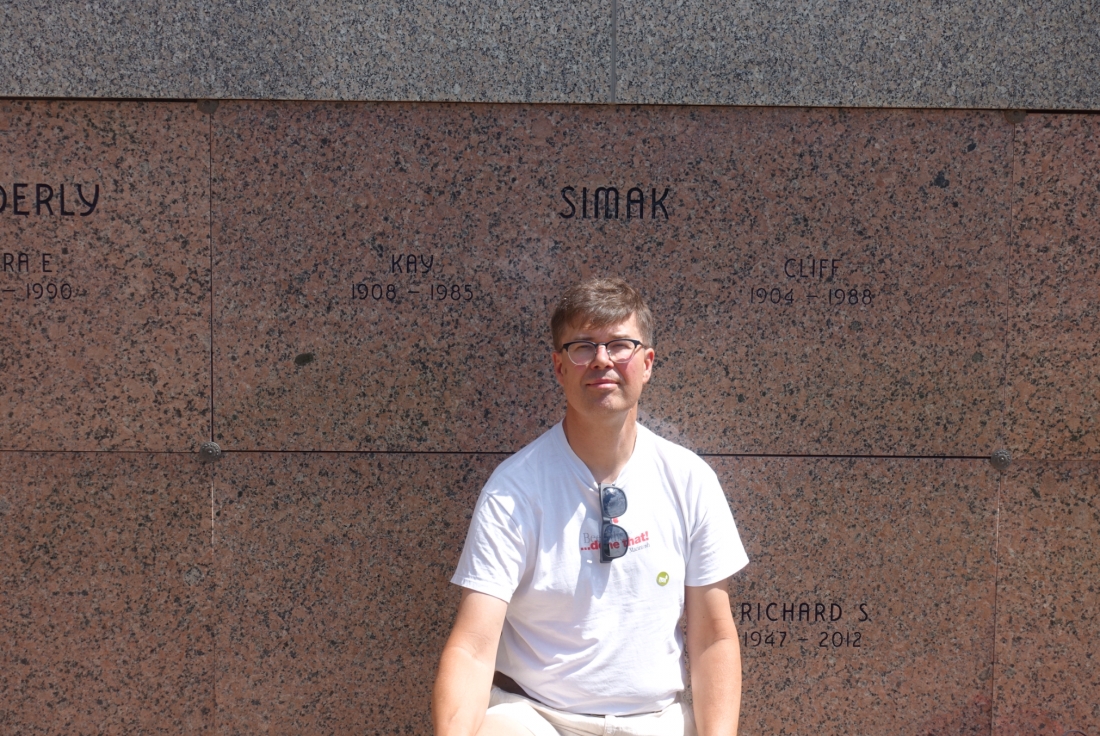 The tour finished in Minnehaha Park, where I spent three pleasant hours with the Linehan-Reiter-Grubb family, relations of Linnéa’s that she met when she was in Minneapolis as an eleven-year-old in 1984.

Today Wednesday I spent mostly at the Minneapolis Institute of Art. I spent an entire four hours there, viewing their collections and taking advantage of their wifi to upload pictures to the cloud. The evening ended with a small party hosted by two Minneapolis fans, Irene and Scott, which drew just over a dozen people, some of whom I’ve got to know before, like Michael Lee and Jeanne Mealy. And I met Doug Wickstrom for the first time after having been acquainted with him online for over twenty years.

I have also picked up some things from Joyce’s garage for TAFF auctions to come.

View all posts by jophan